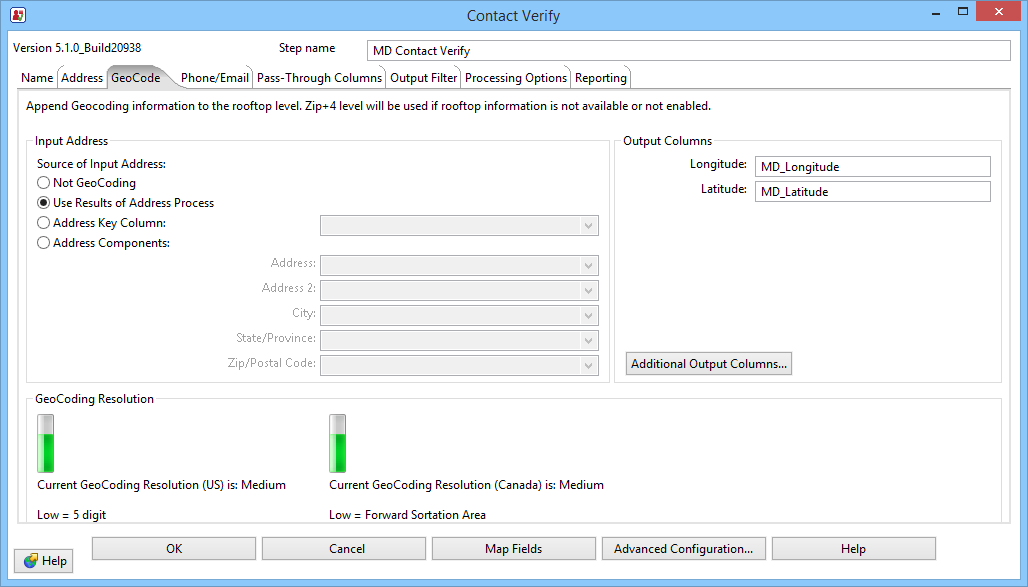 There are four options that control how the GeoCoder feature of the CVC acquires the data it needs for geocoding.

Use Results of Address Process
If you are using the Address Verify features of the CVC, you can use the results based on those input columns as input for the GeoCoder. To do this, you must meet the minimum requirements for Address Verify: Address and ZIP Code, or address and city/state.